Today I’m taking the liberty of escorting you to Craig County, Virginia, about an hour’s drive from Princeton, for a short story about a former Princetonian. Craig County is a beautiful rural area located this side of Blacksburg. It is the home place of my grandmother Annie Kyle Lugar, now deceased, and home to my newly retired sister and her faithful companions.

About an hour’s drive from Princeton, headed toward Blacksburg on Rte. 460, lies Craig County, Virginia, nestled in the Allegheny Mountains of Virginia in a region known as Virginia’s Western Highlands. It is here that my sister Barbara decided to retire and find respite after the many years she dutifully engaged herself in employment amidst the hustle and bustle of Cleveland, Ohio.

This transition, from the rat-race to the tranquil peace of Craig County, was not easy. Dreaming of a time in your future of serenity and quiet, far away from the chaos of your daily grind, whatever it may be, is all very well, as long as you’re dreaming. When the reality of such a dream kicks in, one is always in for a shock.

Fear, distress, alarm—any number of feelings associated with panic —may set in after such a transition, and this was the case with my sister.  She questioned her decision to move to such a rural area, and constantly scrutinized, interrogated, and tortured herself to the point of no reprieve: What was I thinking? Did I really invest all my hard-earned money in this land and this house out here in the boonies? Why did I have to move so far away from civilization (and Panera)? Have I lost my mind? Thus was the daily self-torture she inflicted upon herself.

She wrote to friends and warned them to be careful of what they wished for. She even went so far as to scream at the top of her lungs, “I hate this___________ place!” (Use your imagination to fill in the blank.)  into the bare, bleak, black sky above her, as she took Cocoa, her beloved old dog, out for his last potty break of the evening. And so it was, that many a desolate night, she took solace in this little ritual of yelling into the heavens. After all, she was hurting no one, and as strange as it may seem, this small act of rebellion seemed to give her some comfort, placating her enough to give her the courage to step into the next day.

It was about this time, in the midst of all this discord, that a true tragedy descended on her. Her much-loved faithful friend Cocoa died. Her only real companion (besides her husband Danny, who is secondary for the benefit of this heartwarming story) was gone.

She no longer had a reason to get up out of bed in the morning. What was the point? She didn’t have to worry about rising early enough to let out her loyal old buddy to do his business, nor did she have to make certain he had his breakfast on time. She cried and cried, for days upon end. She vowed to never own an animal again so she would never again be subject to the misery of losing one.

Several weeks later, after a great deal of reflection and contemplation, Barbara emerged from this comatose state of mourning. She resolved to cry no more and pressed herself to move forward in this ostensible thing called life, where you can lose a cherished friend in the instant it takes to blink an eye.

Some people are just born with an innate feeler that is sensitive to animals. Barbara is one of these people. Because of this sensitivity, the death of a pet is especially heartbreaking. This gift—a heightened, empathy for animals—can then be a curse. On the funny side, Barbara’s sensitivity at such a young age to animals made for some amusing antics. She could be quite the drama queen, at least when the welfare of animals was concerned.

Once when no one in the family would believe her when she told them that a cat had given birth to kittens and the kittens were trapped under the house, she flung herself into a prostrate position on the backyard bridge and cried, “Oh, my heart! I know they’re there!” The kittens were there and she did save them. Out of five siblings, she is the only one that begged for numerous and sundry pets. Over the course of her childhood, she cared for ducks (thirteen, to be exact), chickens, cats, kittens, dogs, a groundhog, a pony, a salamander, and a donkey. That is why it was no surprise what happened next.

Making her way to the local animal shelter, her rationale being that if she could no longer own a dog, she could at least volunteer to help out there, she placed herself into an environment that was too overwhelming to ignore. There she saw animals in need, and her instinctive nature to tune into their feelings made it impossible for her to turn her back. It was as if a switch had been flipped from a realm of death, loss, and sadness to one of life, abundance, and joy. A small step into the local animal shelter would lead to rescue and renewal.

Chance was Ziggy when they first met. He was a caged animal for the second time in his life. Initially rescued by an elderly man who had treated and trained him well, this beagle-mix pup lost his owner to a stroke, unfortunately, after eight months. It was so obvious to Barb that he needed a good home after such misfortune. She took him for a walk, proceeded to take him into her heart, and then her home.  She knew she was taking a chance in letting a dog back into her life; thus, the name Chance.

If all rescues were as easy as Chance the world would be an easier, better place. Rescues, regrettably, like life, are not always easy. Animals come with baggage, and just as with humans, some have much more of it than others.

Chance was so dutiful and polite, but there was one problem: he was noticeably lonely, or at least Barbara said he was lonely. (There is some speculation that she just wanted another dog.) Chance had lived with his brother Hunter the first eight months of his life.

Back to the shelter Barb went, hoping that Chance’s brother Hunter might still be there, now regretting not taking him home the day she had rescued Chance. Anxiously, she made her way to the cage that had held Hunter months earlier. The cage was only discernible now because of the signage covering it. As she drew closer, she realized the signage had one common theme, cautionary directives: See attendant before entering! Do not pet! Stay away from the cage!

Inside, a porky Chihuahua-rat terrier-mix named Oscar lay. Oscar greeted Barbara with a snarl, exposing his canines. After talking with the attendant on duty, two things became quite clear. First, the little guy was a porker because the animal caretakers, fond of Oscar and trying to gain his trust, had been feeding him McDonald’s McNuggets. Second, Oscar had a difficult past with a history of nipping and even biting. He had been through quite a few owners and each time had been brought back. Somewhere along his troubled past, it appeared that he had been burned with an instrument about the size of a cigarette. His last owner from Louisiana had dropped him off hastily, telling shelter employees, “If you don’t take this dog, I’m going to throw him out on the highway.”

Once the cage was opened, Oscar was miraculously on his best behavior. Barb picked him up, held him against her neck, and took him for a walk. He seemed so obedient. He is so cute, she thought, and once again, she was in love. When they arrived home, he jauntily dashed around. Excited and seeming to smile as his little half-tail whipped side-to-side, he was happy to have found a home.

Just why Barbara rescued Oscar is, to many, incomprehensible; nevertheless, her rescue mode had kicked in. She thought, This is a real opportunity to help, and it’s for all those times I couldn’t help when I had to work or when I was raising my children. His hostile nature surfaced in about two weeks. Generally, rapid movement toward him triggered his aggressiveness. Sometimes, however, an action as simple as putting on his leash was all it took. During this period, it was not unusual for him to “wear” his leash attached to his collar for weeks at a time in order to avoid confrontation. Even today, when his aggression resurges occasionally, it is not unusual to find him gallivanting through the house with his long leash trail racing behind.

Oscar remained Oscar. Can you think of a better name for a dog with this temperament? Two other dogs, Foo-Sing and Mondo, have joined the family since Oscar. Although they were not rescues, the rescues made way for them.

4 thoughts on “Rescue Me, Rescue You: A Love Story” 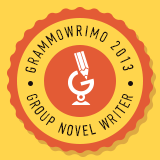 Diane, here! Oh, yes, I am a real housewife (just not one of those on TV) on a quest to discover something of value serendipitously every day.

I love fashion, food, music, like to read, love to write, and have great passion for anything related to the arts.

My blog is a mishmash of this and that---always a quick read, guaranteed! You never know what you’ll find here.